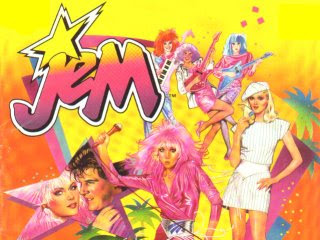 I love holidays-but Valentines Day has always left me feeling torn. It goes back to early school-elementary to be exact. Remember spending the week leading up to Valentines Day making your Valentines Card Bag out of a kraft lunch bag and pink and red construction paper? And then, you'd bring in your dime store cartoon valentines and put them in your classmates bags. I never wanted to put valentines in the bags of the boys I found icky, but my Mom made me give everyone a Valentine. I recall one boy who used to pee his pants thought that by me giving him a Valentine, that meant I wanted him to follow me around the playground. Thanks Mom. I think he's a Doctor now at Johns Hopkins....funny huh?

Then I got to High School and the weeks leading up to Valentines Day was filled with kids from various groups trying to sell candy grams and chocolates. You'd watch the boyfriends shuffle up to the desk and hand over a $1 for some lollipop that would be delivered to his girlfriend in 7th period on Friday. The best part? His girlfriend would be watching him order this token of affection from her lunch table. Do you remember those "serious" high school couples? We had several of those, and the girls were always called to the office because "someone" bought them roses that were delivered during lunch, so she would carry them around all day, invevitably blocking someone's view of the chalkboard. And then there were the mean girls who would order candy for the people they made fun of, as a way to mock them somehow. I wasn't ever friends with these mean girls, but I did play sports with them, and I remember them cackeling in the locker room after sending fake valentines to a girl from a boy that the girl really liked. It was cruel and unnecessary, and I guess that's where my disdain for Valentines began. I never have participated in Valentines Day, not since my mom bought me Jem and the Holograms Valentines back in grade school. Once, in High School, a boy who liked me bought me a bag full of soaps and lotions from Victorias Secret. I had a feeling he had liked me-he was cute and popular and shy, and I wonder how much courage it took him to walk up and give me a bag of soap, which looking back, is kind of offensive, if you think about it! But I was shy too, and terrified of the slightest rejection, that I graciously accepted and coyly flirted, but a few weeks later, I guess frustrated that I wasn't more bold, he ended up dating one of my very aggressive girlfriends, who had made no secret that she had a thing for him. We hung out a lot after that, and he continually confessed his crush on me, but, I wouldn't betray my friend, despite the fact that she knew I had liked him back. Oh well.

Now that I'm married, Nic and I have a pact. No gifts, nothing fancy, nothing special. Valentines is just another day, and we should try to be sweet and romantic and spontaneous throughout the year, not just on this one holiday. But I must confess, as a girl in a serious relationship, I wouldn't mind coming home to some pretty flowers, or chocolate in some form.

Or hell, maybe even some soaps.
Posted by Kristen Nichols at 8:46 AM

I remember those lollipop grams! so true about high school....

Kristen Nichols
Designer, Photographer, Animal Lover, Wife, Daughter, Sister, Friend. Purveyor of fine stationery and the proprietress of Milkmaid Press, Hudson Nichols Photography and Haute Boudoir. I prefer to sleep in when possible, am obsessed with great design, and cuddle with my kittens while working.