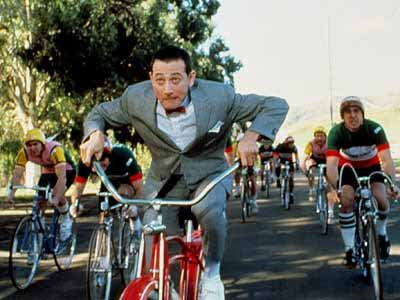 Living in the Mid-Atlantic, it's been one HOT Summer. I don't like heat. Let me rephrase, I don't like any "extreme", from temperature to temperament, extremes, in my book are no good. Extreme heat is one of many extremes I have a disdain for, so, while I enjoy going to my local park and getting a nice run in, I find that when it's hot and humid, I just can't do it. 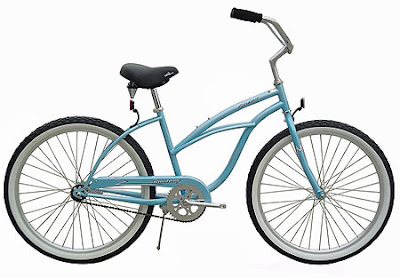 Running becomes an impossible chore, and something that gives me no enjoyment. I gasp for air, feeling as though I'm inhaling buckets of water, and I sweat profusely, or maybe, it's just condensation forming as I push through what feels like curtains of air water. Either way, I'm miserable and defeated. So I stay inside, in the beautiful air conditioning with the shades down like some vampire creature. My mom insists that I'd feel better if I got some Vitamin D, and I bet she's right. I want to get outside to the park and enjoy the long days, but the heat and humidity won't let me, like elementary school bullies waiting to kick my ass on the playground. 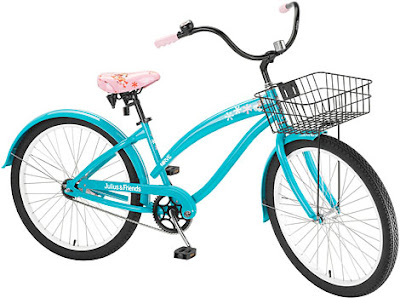 So my mom suggested I bike at the park, rather than run. It'd be easier, still a physical workout, and biking would create a little breeze as I peddled around the track. So now I'm on the hunt for a bicycle! I have a bike, I really nice, Cannondale Mountain Bike given to me before my freshman year at JMU ( a school with hills...many many hills, all of which seem to be up hills). I used the bike that semester, a lot, but it wasn't the most comfortable ride. Bike seats aren't the most crotch friendly designs, and the discomfort it caused my bits was enough for me to hang the bike up for good when I transferred to Delaware. 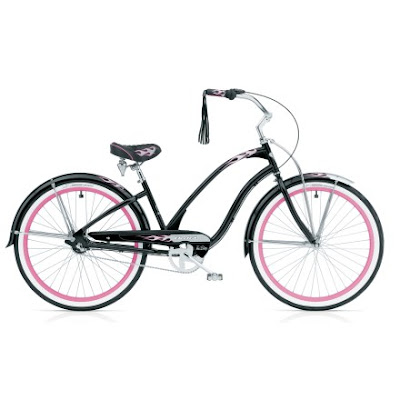 My bike, despite costing my family a fortune, sat in my parents shed, then my shed, then my brothers garage (he borrowed it on the whim that he would bike in his rural neighborhood after work, but that quickly ended when he claimed he was chased by a small black bear. I think it was probably a dog, but, who knows. It could've been a bear, since bears are often indigenous to cul de sacs and housing developments ). Bicycling seems fun, relaxing and enjoyable. Europeans use bikes to get around, as a kid, we practically grew up on some form of a bike (the My Little Pony big wheel, the classic trike, the training wheels and the Huffy) and Pee Wee went on an epic adventure to rescue his beloved stolen ride. 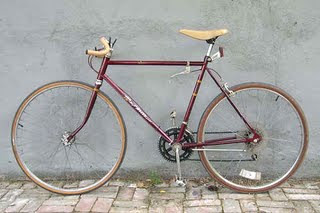 I see people with cool bikes-those beach cruisers with the baskets and the awesome retro lines and I have bike envy. I want one. So I'm now on the quest for a decent, adorable and functional cruiser bike. But I'm having a hard time finding one that won't require the sale of my left kidney. I get it, bikes are hip, green and what the cool kids are doing, but $800, or even $1000+ for a bicycle seems a little intense if you aren't one of those spandex clad weekend road bikers. I remember going to the Toy Store for my first bike, a red Huffy, and it was pretty inexpensive. And the use a kid gets out of a bike is way more than most adults (again, excluding the serious semi-pro bikers with the brightly colored, skintight spandex uniforms). 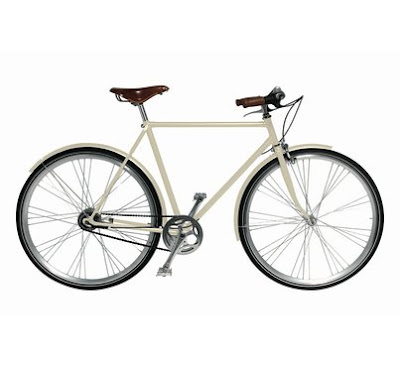 I found a few, and I'm still debating what to do. I might just try my Mountain Bike, although I'm sure the pain will interfere with any fun I want to have. I could just go to a Sporting goods and get a generic bike, but that'd be no fun either. Maybe I'll start scouring garage sales and flea markets for the perfect bike, or head on down to Goodwill. Or maybe, I'll take my 1980's Huffy out of my parents shed, slap on some new tired, give it a shine and give that a whirl!
Posted by Kristen Nichols at 7:21 AM

I have two bikes - a single speed cruiser for Philly (no hills in the city) and a mountain bike for Wilmington (a few hills). Instead of investing in a new bike before you're sure you'll use it a lot, you could switch out the tires and seat on your mountain bike. Put slick tires on (less rolling resistance makes riding on roads much easier and pleasurable) and a woman's saddle (cut outs or deep groove is good for the lady parts).

I'll keep that in mind. I'm looking for the barca-lounger of seats. I'm a comfort girl!

I second what Taylor said. Tires and a new seat are cheap fixes while you are deciding if you really like biking and want to spend $$ on a new one.

You can attach a basket to it as well if you crave the style:)

Kristen Nichols
Designer, Photographer, Animal Lover, Wife, Daughter, Sister, Friend. Purveyor of fine stationery and the proprietress of Milkmaid Press, Hudson Nichols Photography and Haute Boudoir. I prefer to sleep in when possible, am obsessed with great design, and cuddle with my kittens while working.